The health problems entrepreneurs face in this modern day of technology and fast foods are enormous.

Entrepreneurs are mostly inventors and innovators of products and services — that make the world a better place.

They also lead organisations and corporations to drive in profit.

This role as innovators and leaders come with a with a lot of perks, especially when the venture is a successful one.

At the same time, these geniuses of our time are also prone to suffering some health challenges due to their leadership positions and modernity.

I am assuming you are interested in this article because you are an entrepreneur; so like the title says, we will be talking about the health problems that entrepreneurs face.

Let’s get right into it.

Lots of entrepreneurs suffer from anxiety and stress because they are constantly trying to overwork themselves without paying attention to their health.

This results in a burn out naturally, because while you work hard, you also need to give your body and your mind some time to rest.

A study by Dr. Freeman showed that 27% of the group of entrepreneurs that were surveyed had anxiety issues.

The reason why a lot of entrepreneurs  face this health problem is not yet known for sure but it’s a huge mental illness that is common among entrepreneurs.

Dr. Michael Freeman’s study also showed that 49% of those entrepreneurs that were surveyed had suffered from depression in the course of their time as entrepreneurs.

Since entrepreneurs are always in pursuit of creating new things or making old things better, there is a high risk of slipping into a depressed state if things do not go as planned for the organisations they lead. 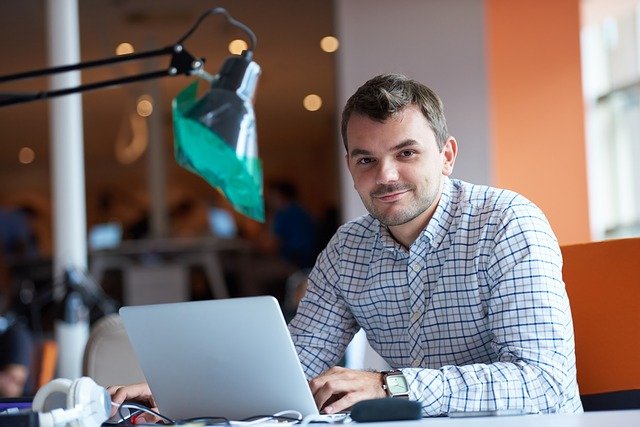 This might sound weird because in the eyes of people, entrepreneurs are always very active and busy exhibiting high energy at almost all times so, they should be fit right?

Entrepreneurs are also prone to weight problems too and this could be as a result of the fact they they don’t take out time to really consider their diet.

They’ll just have anything including junk as long as it keeps them going in the now.

Consistent consumption of an unhealthy diet and fast food could lead to weight gain and obesity.

4. Sleep: One Of The Commonest Health Problems Entrepreneurs Face

Entrepreneurs are mostly founders of the venture or at least part of the founding team and this entails that they put in a lot of hours working.

This could be as much as 70 hours per week!

With this kind of routine, it is pretty difficult to keep a steady and healthy sleep routine.

As a matter of fact, it is almost impossible to have up to the recommended 8 hours of sleep daily required for the body”s optimum performance.

Some other entrepreneurs tend to suffer from jet lag and insomnia because of the long hours they spend in meetings and travelling from one place to another.

Recent research revealed that one of the most disturbing health problems entrepreneurs suffer from is substance abuse.

This may be shocking to many but it is true.

This substance abuse could be addictions to drugs, alcohol, marijuana or any other substance.

The reason for this however is not far from the reason why normal people gets addicted to stuff.

It might be in a bid to relieve stress or feel better.

In the case where the stress they go through is not properly checked and handled, it could lead to substance abuse.

Another health issue common with entrepreneurs is chronic body pains.

This is because entrepreneurs tend to push themselves too hard and often forget that they are not just pushing their mind but their bodies too.

Staying drooped over a computer for long periods can lead to back pains.

Standing in meetings for too long could lead to leg pains, and so on.

Various kinds of body pains could show up as a result of different conditions that the entrepreneur subjects his or her body to.

This one is pretty easy to figure out, why?

Just like I mentioned earlier, entrepreneurs do not take their dietary habits seriously so they tend to eat lots of junk foods.

This in turn increases the blood sugar level and eventually leads to diabetes.

Not every entrepreneur suffers from diabetes, but as entrepreneurs, we also need to take our diets seriously.

Lots of entrepreneurs suffer from hypertension because on a large scale, they are usually responsible for the financial success of their company.

They are also responsible financially for their employees.

This can put a lot of stress on a person who is responsible for making sure that a business thrives.

You might just become hypertensive too, because high levels of stress increase blood pressure which could lead to other heart diseases.

As sad as it sounds, high blood pressure is, without doubt, one of the health problems modern day entrepreneurs face.

The entrepreneurial journey is usually a lonely one just like the journey of any dreamer.

Entrepreneurs spend and devote so much time to the pursuit of their vision, hardly having time for anything else.

This makes the typical entrepreneur a lonely person, because outside of  work, there is usually not so much attraction.

This is the reason why they usually have very poor social lives, at the end of the day.

Sometimes, despite the successes at work or in their chosen fields, they still feel lonely and isolated inside.

The health problems entrepreneurs face are not peculiar to them alone.

They are general health issues.

However, they are predominant among business owners.

Entrepreneurs are not super humans.

They have the same physical and mental make up like every other human.

Therefore as an entrepreneurs, both the mental and physical health must be taken seriously.

Entrepreneurs should eat healthy meals and take out time to rest and relax.

Give their body time to recuperate from stress and contact a doctor if they observe any of the signs above.

FORCE FEEDING YOUR BABY IS WRONG AND DANGEROUS!