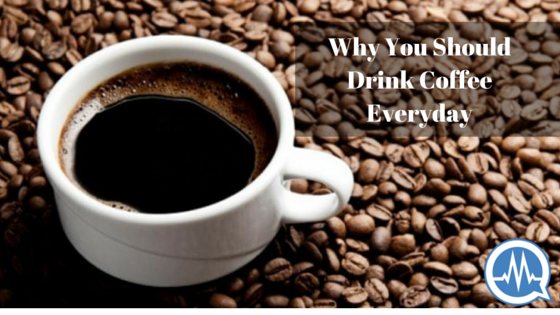 Coffee is best known as a stimulating beverage that helps millions of people wake up in the morning. But do you know that coffee is loaded with antioxidants and beneficial nutrients that can improve your health? Do you know the major health benefits of coffee?

Yes, I know that coffee has been both mocked and praised for centuries. It has even been blamed to cause a series of illnesses but recent studies have shown that the positives of this beverage, far outweighs the negatives.

To accept this fact though, you need to first of all accept that caffeine is not the only component in coffee. Take a look at some of the awesome benefits of drinking coffee.

Drinking 2-3 cups of coffee daily has been proven to cause a 30% boost in blood flow. According to a Japanese study, this level of increased blood circulation results in better oxygenation of your body’s tissue, which has a number of benefits such as improved performance in physical activities. It’s more like this: the increased blood circulation helps to lubricate every cranky joints and muscle to help the physical movement of your body!

In every cup of coffee you drink, there is an amount of caffeine that increases your metabolism and helps discard unwanted fats. Caffeine contains active ingredients that work to improve alertness and prevent fats from accumulating in places they are not wanted. This even works faster if you have a work-out routine and eat healthy foods!

The awesome part is that the caffeine in coffee also teaches our brain to block the chemicals that it doesn’t need, thereby clearing the way for our brains to function better. For instance, caffeine helps destroy a neurotransmitter called “adenosine” which is a bad police that wages war against the proper function of the brain.  This process helps us become more mentally active!

Caffeine is a brilliant stimulant that makes you more alert than usual. Some people do not feel refreshed most mornings after a night sleep but a cup of coffee can help snap them right back in shape. The caffeine in coffee can prove to be an excellent stress buster!

The caffeine in coffee can prove to be an excellent stress buster!

Your liver is your major blood-cleansing organ in your body, removing all sorts of toxins including alcohol. It stores energy, fat-soluble vitamins, and other nutrients. It helps construct proteins, bile, and other essentials. You need a healthy liver for a long life.

Interestingly, 2-3 cups of coffee on a regular basis can stand guard against quite a number of diseases that affects the liver including fatty liver and hepatitis. It is even said that coffee has the potential to ‘undo’ liver damage!

A study published in the new England journal of medicine showed that coffee drinkers were at less risk of dying prematurely from heart disease and several others.

Another study from Japan found that men who drank at least 3 cups of coffee per day have 24% less risk of dying early from diseases.

Still on the health benefits of coffee, coffee has been found to be great for the skin.

The environment is full of free radicals (pollution particles, etc.) that wreak havoc on the skin. However, arming your skin with the antioxidants found in coffee protects it and bolsters its natural defenses.

It also does amazing wonders when applied topically to the skin!

The retina is a thin tissue layer on the inside back wall of the eye with millions of light-sensitive cells and other nerve cells that receive and organize visual information. It is also one of the most metabolically active tissues, demanding high levels of oxygen. and making it prone to oxidative stress. The lack of oxygen and production of free radicals leads to tissue damage and loss of sight.

Study has shown that coffee may prevent retinal damage. Caffeine is not the good cop here, but chologenic acid (CLA) which is one of the strong antioxidant found in the coffee beans.

I am still in awe of how much benefit this common drink holds!

#9: COFFEE LIGHTENS YOUR MOOD BY AROMATHERAPY

The aroma left behind after brewing a cup of coffee contains more antioxidants than 3 whole oranges…wow. The pyrazine (another antioxidant) in coffee, helps you relax while improving alertness and blood circulation. It is said that breathing in the smell of freshly brewed coffee comes with amazing benefits that you don’t wanna miss. It automatically lightens ones mood!

Alzheimer’s disease is the most common type of dementia. Symptoms include serious memory loss, confusion, and mood changes that develop gradually and worsen with time.

According to the findings, people older than 65 who had higher blood levels of caffeine developed Alzheimer’s disease two to four years later than their counterparts with lower caffeine levels.

However, coffee may not be beneficial for everyone. Those with certain heart condition, caffeine sensitivity and pregnant woman should stick to decaf or tea.

Moderation is the key: 2-3 cups of well-brewed coffee, would get you the health benefits. And do remember to lay off the sugar!

HIT THE SHARE BUTTON. LET US KNOW YOUR THOUGHTS. DO YOU HAVE QUESTIONS OR COMMENTS? JOIN THE CONVERSATION RIGHT NOW ON FACEBOOK!

Patience Jonathan is a graduate of journalism. She is a food handler and loves creative cooking. She is passionate about healthy eating and healthy living — and enjoys writing articles and designing recipes to help people eat well and live well.

HOW I PREPARE INDOMIE NOODLES TO IMPROVE THE NUTRITIONAL VALUE AND SAFETY!

6 SERIOUS REASONS WHY YOU SHOULD EAT LESS SALT!

THE TRUTH ABOUT MORINGA: TOP 3 HEALTH BENEFITS AND 3 HEALTH DANGERS