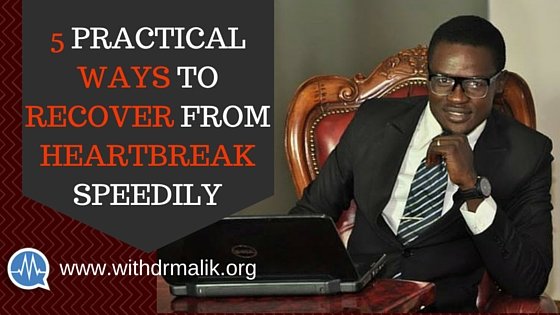 We were madly in love with each other!

While in school, we were the toast of all, our relationship was heavily adorned with so much value and respect. “Maybe we would grow into marriage”, people suggested.

We were ‘madly’ in love with each other. She has been my girlfriend from our JAMB classes days. We got into the University the same year…and the love continued. She was everything I had wanted in a woman!

We also graduated the same year, but she was cleared to Serve (NYSC) the following year, but I had a wait for another year because my activism in school has made me stepped on some dangerous toes and the ‘high chiefs’ I offended withheld my results deliberately! While we were battling that down, my girl has gone to serve and passed-out after 11 months. We met severally within this year and the love was still tangible in all ramifications.

It was during my frustration of refusal by my department to release my final results that got me several options; I could have traveled abroad or even relocated to another city, but for the love of my long-time girlfriend, I could not imagine spending a whole month without her.

On arriving Benin, I had used one of my connections to get her a job at the defunct Bank PHB. She was employed and posted to one of the branches in Benin City. Life would be a lot easier for her, her family and, by extension, me. But, little did I know that this would become the beginnings of sad tales in our relationship.

To cut the story short, she got involved with one of her bank customers. From “mere friendship” it became “there’s nothing between us” and then “whatever you choose to believe, you can”. She started to deceive me. I knew when she began to tell lies and play games. I tried winning her back, especially as I couldn’t lay my fingers on what I may have done to invite her sudden change of interest, but what can a ‘poor’ me do to win over a girl that was driven to and fro office on a daily basis by another rich and more comfortable dude!

They went ahead to commence the wedding formalities. She was even bold enough to invite me to the wedding through one of my friends! That caused me more pains. Samson had broadcast the news of the wedding to our mutual friends before handing me the invitation card!

It was the worst experience of my young life. I couldn’t even imagine it. The daily thought of it was causing excruciating pains and sorrow. The man in me melted and I was now as weak as a fallen leaf from a tree! This experience affected my psyche, emotions, character, and even self-esteem. It would take several years later for me to outgrow the resultant effects of the trauma and get back on my feet again.

I was laughed at, mocked, ridiculed and used as an object of negative explanation.

Well, that was some years back. I am stronger, better and lighter now. It took a long while for me to overcome the heartbreak, this was largely because I didn’t know what I am about to share with you now.

Below, are 5 PRACTICAL WAYS TO RECOVER FROM HEART-BREAK SPEEDILY. Some of these I did (unconsciously),  while the others I discovered as I grew.

5 PRACTICAL WAYS TO RECOVER FROM HEART-BREAK SPEEDILY. Some of these I did unconsciously!

You must understand this: ‘Not all relationships would lead to marriage‘. This is a FACT! Some will break on the way. It may be a soft or even a hard one, but that breaking would allow both of you to get on with your lives, be happier and more satisfied. No matter how much you try, you can’t marry everybody you date! Get used to that!

One thousand broken relationship is better than a broken marriage. That he/she doesn’t want you now is better than getting into marriage and be unhappy and dissatisfied. If a relationship doesn’t work, it means you have a chance to be happier else where. I know it hurts, I understand it is can be suggestive to try suicide or “disappear from everyone” or avoid relationships, but isn’t there a better tomorrow?! Yes, there has been, there is and would always be!

Everything that happens, does so for a reason and for a lesson. You must get the lesson life is teaching you through the process. It would be awful to be heartbroken twice, thrice, or even more. If it does happen again, it means, you didn’t get the lesson. The lesson is always in trying to do too much or too little. There is always a ‘too’, in the lesson to learn. Get it and activate your common sense.

You may need to speak with someone this period. A mentor, coach, therapist, teacher, doctor, psychologist or a good friend. You need to speak with somebody who is more experienced than you that can encourage and inspire you. That session of talk can heal your wounds faster. Avoid being alone and locked up to yourself. You should open to someone older or more experienced (in matters of related concern) than you are. It triples the healing process speed.

You will not be you until you begin to love yourself again. You must pick up the pieces of you that has been broken and make it up. Get yourself some new clothes, some new shoes and some new gadgets. Get back to your friends and never give them the opportunity to sympathize with you. Be happier than them and laugh excessively at every slight opening. Take yourself out sometimes, take new explosive pictures of yourself with all smiles, enjoy your life and be great again.

Just like I told myself; ‘Soldier go, soldier come, barrack no dey empty”. In fact, the colonel must leave for the Major to take over’.

[shareable]There’s never a better yesterday, the light is always at the end of the tunnel. You will do better if you focus on your priceless future than your regrettable past[/shareable]

King Joel Agho is a Relationship Therapist and an Optimum Performance Coach. His interest is to see you Discover, Utilize, Deploy and Maximize your Relationships, Opportunities and Common Sense in reaching your goals and making productive use of your life and potentials.

He is the Chief Responsibility Officer of Media Formula, one of Nigeria’s fastest growing Media + Branding + Talent Academy Organizations.

He is based in Benin City, Nigeria, from where he is passionately affecting lives globally.
Twitter:  @kingjoelagho
BBM Pin:  20C44313
Facebook: www.fb.com/kjapage