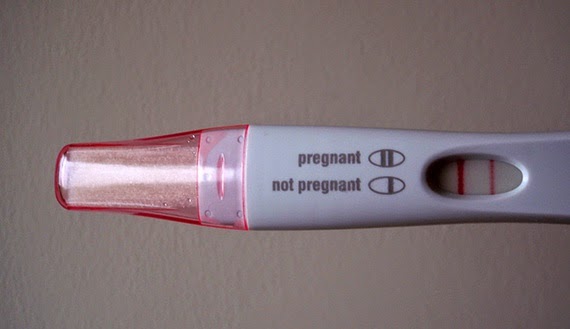 “Safe sex” is used to describe precautions taken to prevent sexually transmitted diseases (STDs) and unintended pregnancy. As with other articles in this blog-site, I write in response to several people who have asked questions relating to preventing pregnancy. This post is especially for such people (and in answer to their questions).

“Safe sex” is a misnomer because sex can never be absolutely safe if it involves two opposite sexes with reproductive capacities. We could only talk about “safer sex”; that is, reducing the chances of getting pregnant as much as possible. No 100% guarantee, but we could get close to that!

There are several methods with their advantages and disadvantages. We would not be able to discuss all of them in a single post. We can only choose a few. Drinking salt-water does not prevent pregnancy! Washing with potash (“kanwa”), garlic, or recently, Coca-cola doesn’t work either! So what works?

#1: ABSTINENCE: A very powerful alternative to sex is abstinence from sex!It works  It is 100% safe! Preventing pregnancy and infections. Lack of sex does not kill, neither does it have any adverse effect on health, either of the mind or the body! Don’t I just love abstinence!

#2: SAFE PERIOD: Calendar Method (or calculation of safe period) is a very good place to start, especially for ladies with regular menstrual cycle (that is, you see your period about the same time monthly, with only few days plus or minus). Simply put, if we call the day you started menstruating “day 1” and 8 days after you started menstruating as “day 8”, then avoid sex from “day 8” through “day 19”. Every other day is safe, including days you menstruate! That is “day 1” to “day 7” is safe; and also, “day 20” after commencement of menses to the next menses! Generally avoid days around “day 14”. Take time to study this method and your cycle. It is not just cheap; it is free, and quite effective.

#3: WITHDRAWAL METHOD: Withdrawal method, taking out the male organ just in time before ejaculation (releasing), has proven to be quite effective. This however requires skill and self-control from the guy. But, it is said to obstruct the flow of the whole process! He must be experienced to know when he is about releasing sperm. Some whitish semen-like fluid comes out before the actual “release”; this doesn’t usually contain sperm cell; it’s for lubrication. Failure comes from being carried away and not coming out before release. Failure also comes from going for another “round” after releasing; some semen remains within, which can only be removed by urinating. In summary, come out way before release; urinate to clear the “pipeline” before going in for another “round”, which is not usually advisable. Oh, how dangerous semen is!

#4: CONDOMS: We all know about condoms! People, especially guys, complain about how it reduces sensitivity. Yet it has a high percentage of effectiveness if used correctly, and it also protects from several deadly diseases, including HIV/AIDS. It is cheap, and it prolongs intercourse, helping the guy to “last” longer! Failure comes from condom breaking, or slipping off (and spilling of semen) during or after intercourse. Check the expiry date. Don’t lubricate with vaseline or baby oil; rather go to a pharmacy and get “KY Jelly” for lubricating the condom if you must. Make sure she is well aroused before penetration. Allow for some space at the tip of the condom. And make sure you come out before the male organ becomes too soft, holding the base of the condom while you carefully come out to prevent spillage. Don’t use condoms more than once. In case of breakage or spillage, get emergency contraception.

#5: CONTRACEPTIVE PILLS: I won’t talk much about contraceptive pills! It is among the most effective, but for the side-effects, like weight increase. Emergency contraceptives, like Postinor, are very effective in preventing pregnancy if taken within 72 hours after sex — the earlier, the better. If you vomit within 3 hours of taking the tablet, take another one. It doesn’t protect for subsequent sex. It may, however, affect your next menses in timing (it may come earlier or later) or in volume (it may be heavy or scanty, or not at all!)

It’s best to combine two or more methods; it raises the effectiveness of preventing pregnancy to near 100%! For example, consider “safe period + withdrawal” or “abstinence + abstinence”! Lol.

DISCLAIMER: This article does not in any way represents my moral convictions or my personal practices; I write strictly as a medical doctor.These methods prevent pregnancy, but don’t prevent guilt. Condoms cover the organ, and not the conscience. This article does not address preventing STIs.

COMMON LIES I HEAR ABOUT “MEN AND SEX”

LOW LIBIDO: WILL SHE EVER BE IN THE MOOD FOR SEX?!

How to Calculate Safe Period to Avoid Pregnancy

TIP #9: BE WISE ABOUT SEX: key to protecting your physical, mental, and social health.