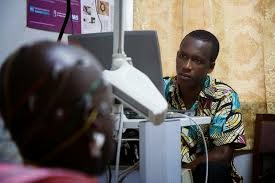 #1: Speaking in tongues is also observed among non-Christians.
Contrary to what many believe, speaking in tongues is not exclusive to pentocostal and charismatic Christians. Linguists assessed the segmental structure (sounds, syllables, and phrases) and supra-segmental elements (rhythm, accent, and intonation) of various non-Christian groups and found significant similarities. Also, they all believe in some form of spirit possession. Speaking in tongues is also seen among Muslim dervishes, African shamans, Indian witch-doctors, American spiritists, Mormons mystics, Buddhist priests, Eskimos cults, Ancient Greek priestesses, and many others. Additionally, speaking unrecognizable words and languages are seen in mental illnesses like schizophrenia, psychosis, hysteria, and Tourette syndrome. Similar phenomena is observed in alcoholic intoxication, babies learning to talk, and during sleep.

#2: Speaking in tongues is not a psychiatric disorder or mental disease.
Some psychiatric patients and patients with brain cancers might, as a result of the illness, start speaking unknown words and constructing strange sentences. Some people, then, conclude that all tongue-speakers must have some form of mental illness! But, that is an inaccurate conclusion!  Psychiatric patients can not start or stop at will — absolute lack of control; people in religious circles decide when, how, and even, why to speak in tongues! That is a big difference!  And religious people who speak in tongues had medical evaluation and failed to fit into any of the psychiatric diagnostic models. Speaking in tongues is not a psychiatric disorder or mental disease.
#3: Speaking in tongues does not follow the rules of human language or communication.
Because speaking in tongues employs accents, rhythms, intonation, and pauses, it sounds like human language. However, it’s only similar to human language on the surface, but lack consistent syntagmatic structure when assessed. There’s no internal organisation and no linguistic relationship among the units — making it incomprehensible. Also, phenomes and syllables are taken from languages the speaker already knows. Speakers agree with this, saying it is a “spiritual language”,  “tongues of angels”, and “speaking mystery” with requires divine interpretations. Even though some insist it is a foreign human language they speak, we do not have sufficient evidence to agree with that. Others diffferentiate praying in tongues (uttering incomprehensible words in prayer) from speaking in tongues (speaking foreign unlearned language for communication).
#4: Speaking in tongues involves “something” beyond the speaker.
Yes, the speaker can decide when to start and stop, but when speaking, a strange complex process, beyond the speaker’s full control, occurs. This is what we did: we connected sophisticated machines to monitor brain activities and used special imaging techniques to take pictures and make videos of the brain while people speak in tongues. We got shocking results! These SPECT scans measuring cerebral blood flow shows a decrease in activity in the frontal lobe and language centres! The frontal lobe, involved in control and making decisions, is not as active as it would be when one is speaking a known language!  It means the speaker is not in full intentional control of what he or she says — as if something takes over! Or, maybe, the brain is reflecting their belief of “the Spirit” speaking through them. Scientists are still digging to understand more.
There are other findings, but they are too complex to present in simple words, and really will not add anything to your health and well-being. Therefore, I ignored them. This article is to create a background for the next article which will address the health and medical benefits of speaking in tongues. Watch out for part 2.
Happy Palm Sunday!
DISCLAIMER: These aforementioned points are only but scientific and empirical views of tongue-speaking and does not in any way represent my personal beliefs or convictions about speaking in tongues. It shouldn’t be seen as trying to explain away something divine and sacred. No disrespect is intended.
******
It takes a lot of time and energy writing each article in this site. Each word and sentence is carefully weighed and broken down, stripping off all medical jargons, to ensure my readers understand and benefit from them. My joy is to see your gain more knowledge and improve in health.  You could share these articles with your family and friends; however it is painful to see someone attached their name to your work claiming authorship and, worse of all, altering the contents.  A laborer is worthy of his wages. I ask for no money; just make proper reference to me whenever you use my articles. Thanks.