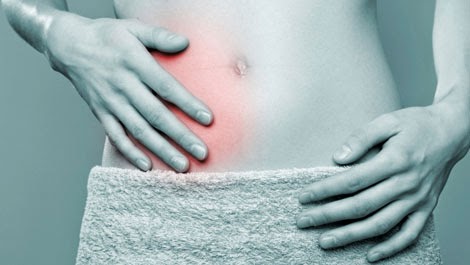 WHAT IT IS NOT
No!  “Appendix” is not a disease; the disease is called “appendicitis”. And, no! “Appendix” is not a surgery or operation; the surgical procedure is called “appendectomy” or “appendicectomy” [Now, don’t try pronouncing it aloud, in public!]
So, it is wrong to say, “He is suffering from appendix”!
WHAT IT IS
The appendix is actually a small, worm-like, finger-shaped structure attached to the large intestine. The function of this tiny tube — the appendix — is not clearly known. We have several hypotheses, but one thing is clear: you don’t need the appendix to be alive; you can live without it. So, the appendix seems to remind us of its presence by becoming inflamed (or angered!). Its purpose may not be known, but its problems are!
WHAT HAPPENS
The appendix — the jobless tube — sometimes gets blocked accidentally by anything — any swallowed foreign body, hardened stool, worms, cancer, or by trauma or infection. This obstructs the normal flow of blood and fluids that supply and surround it. Bacteria act on it. It swells. It reddens. It becomes painful and filled with pus. Infection sets in. You have appendicitis! And if left untreated, it will burst — and that is the fear of every surgeon! Life will then be hanging by a very thin string!
WHAT YOU FEEL
It is most common between the ages of 10 and 30. In most people, there will be this dull pain at the navel that becomes a sharp, severe pain as it moves downwards to the lower right side of the abdomen, of your tummy. There may be vomiting (or just nausea), fever, and reduced appetite. Other symptoms may occur alongside. Just have a doctor examine you.
WHAT WE DO
If it is mild and not complicated, say, by bursting, appendicitis might respond to antibiotic drugs and get cured. However, some people would still come down with the same complaints after some time. The best and clear-cut treatment of appendicitis is surgery — the removal of the appendix. It is simpler and safer than most people think. So, you see, don’t worry!
Everyone has an appendix, except those that had appendicitis and appendectomy! English class!

WHY WE SHOULDN’T ENCOURAGE SALT-DRINKING AND SALT-BATHING FOR EBOLA VIRAL DISEASE PREVENTION!

COCA-COLA: IS DRINKING COKE DANGEROUS TO YOUR HEALTH?

WHY THE “NEW” VIRUS KILLING PEOPLE IS WORSE THAN HIV/AIDS!