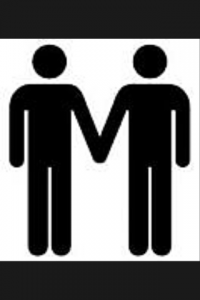 Scientific facts about homosexuality!
This is a very sensitive topic to write on. But, i must pick the courage to discuss it. And, I will, as always, try to be genuinely scientific and accurate as much as possible.
#1: Homosexuality was considered a psychiatric (mental) disease, until recently!
Having sexual feelings for someone of the same sex, before the early 1970s, was classified by the psychiatric and medical world as a serious mental disorder requiring treatment. Medical textbooks had chapters reflecting homosexuality as an abnormality. But, recently, after several professional reviews, no medical basis was found to classify it as a disease any longer. And gays were noticed to live normal lives, raise stable kids, and  perform well at work. Medical textbooks now reflect homosexuality not as a sexual disorder, but a sexual orientation.
#2: Homosexual behaviors are clearly seen in many animals!
Contrary to what many people think and say, homosexual behaviors have been observed in over 1500 species of animals. In almost every specie, something, sometimes, happens to a few, a minority, of the animals — they prefer their counterpart of same sex as sex mate! Some, for a period, exhibit sexual intimacy and activity towards same or both sexes — a kind of bisexual; others, however, would pair to protect and even copulate a partner of same sex for their entire lives, completely ignoring the opposite sex!
#3: The exact cause of homosexuality is yet unknown!
We have searched. No “gay gene” found yet. We observe there might be some genetic involvement because if one of an identical twins is gay, even if raised in different environment and beliefs, there’s a 52% chance for the other twin (who has same genes with the gay twin) to be gay too! Also, the way the brain of a gay person appears and function is different from that of a non-gay. Hormones act differently. Some limited evidence shows and it is suspected that some biological and chemical changes occurred during their brain formation in their mother’s womb. We know people are not gay just because of their upbringing, or broken family or child abuse. No! She is not lesbian just because she was forced into it in boarding school! There is something more than background and social conditioning, something internal…and we are not certain yet of what it is.
#4: Homosexuals are more prone to some sexually transmitted infections, (and some other medical conditions) than heterosexuals.
Due to certain peculiar sexual practices, homosexuals have higher risks of certain medical conditions especially sexually transmitted ones. For example, the incidence of HIV and Hepatitis B virus infections is highest in homosexual men who practise anal sex. Anal sex, the riskiest form of sex, also increases the risk of anal tears, rectal prolapse, and pile. Sharing of dildos, vibrators, sex machines, and other sex toys among lesbians increases the risk of infections drastically. And due to guilt, fear, rejection, and frustration, they are prone to some mental conditions like clinical depression, anxiety disorders, and suicide.
#5: Homosexuality is hardly a choice; and change is, if possible, extremely difficult!
As children, they behave like the opposite sex, preferring the toys and plays of the other sex. As grown-ups, the fear of “God’s wrath”, the society’s frown, and what people will say, make them hide. They suppress it. They might feign orgasm and pretend to enjoy sex with the opposite gender. They force themselves into relationships with the other sex, get married, and raise kids. They want to be “normal”. They go for counseling and lifestyle modification. Now, no scientific evidence of clear-cut, sustained change has been recorded. The observed changes are typically external and short-lived, not a reparation; it is more of a repression.  Because, when all is said and done, in their hearts, they still prefer their gender.
DISCLAIMER: These statements should not be taken as a reflection of my personal stand for or against homosexuality. I write, simply stating facts, as a scientist and a medical doctor, and my personal beliefs are not directly expressed.
SHARE!

LOW LIBIDO: WILL SHE EVER BE IN THE MOOD FOR SEX?!

BEST WAYS TO EDUCATE YOUR KIDS ABOUT SEX!

ROUND TWO: WILL SHE EVER BE IN THE SEX-MOOD?!